Air Pollution in Ulaanbaatar, Mongolia, and the sustainable solutions 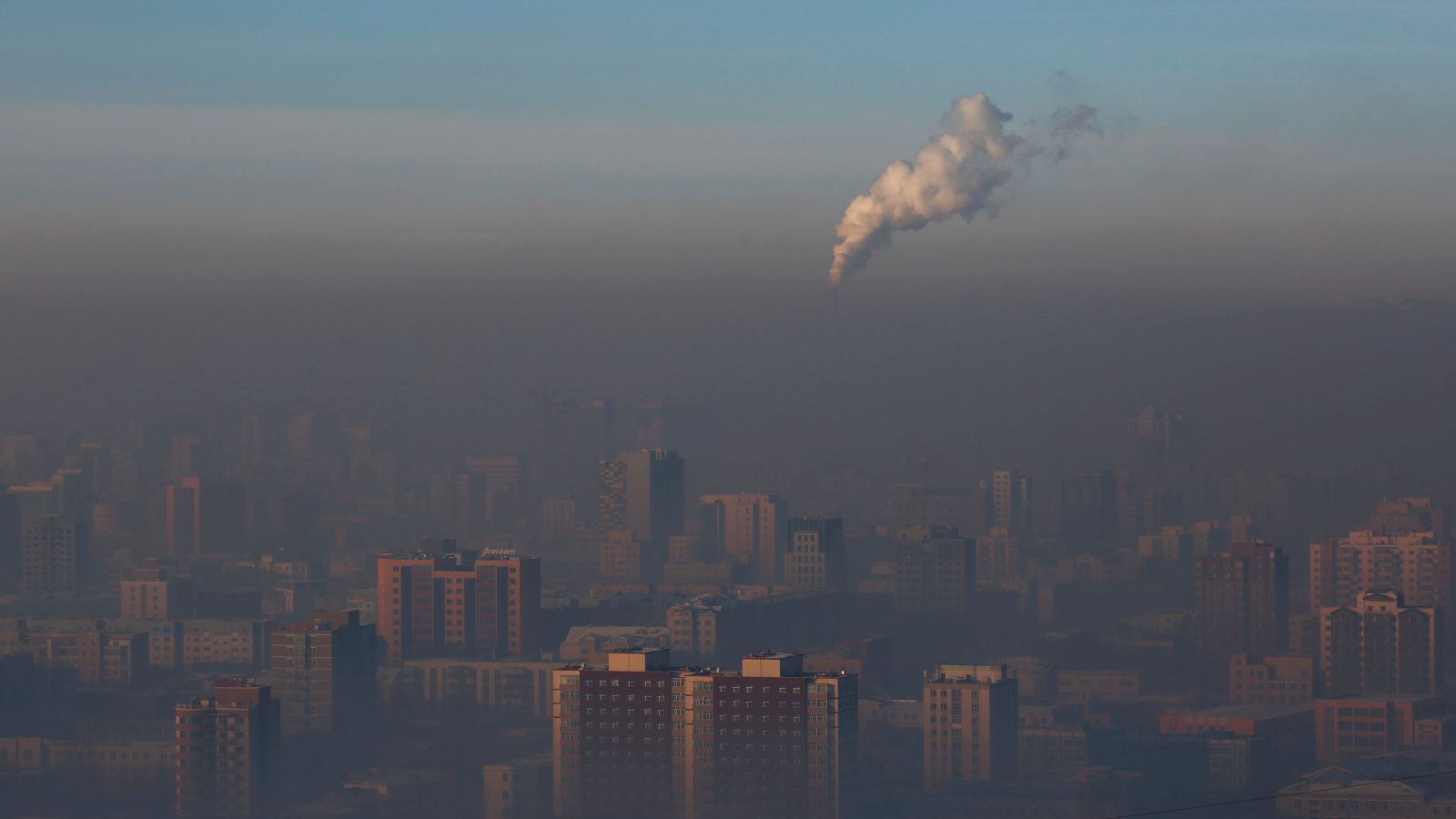 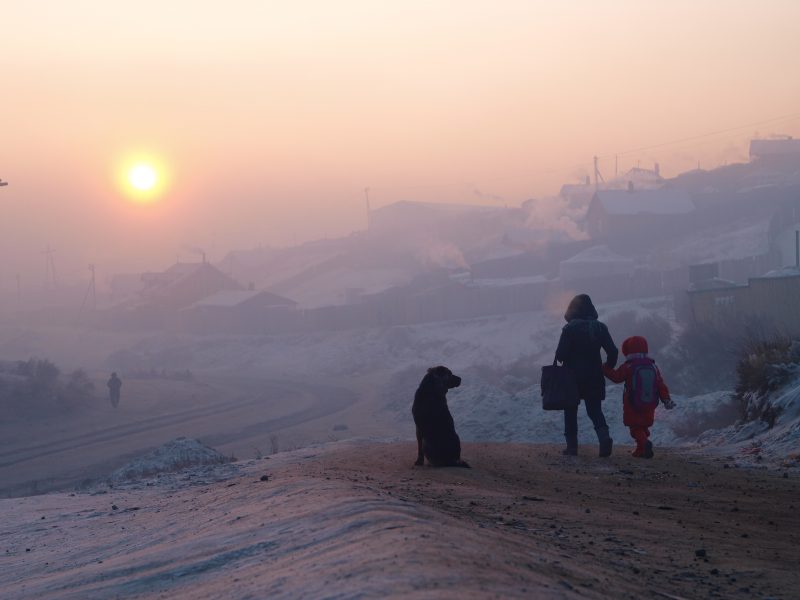 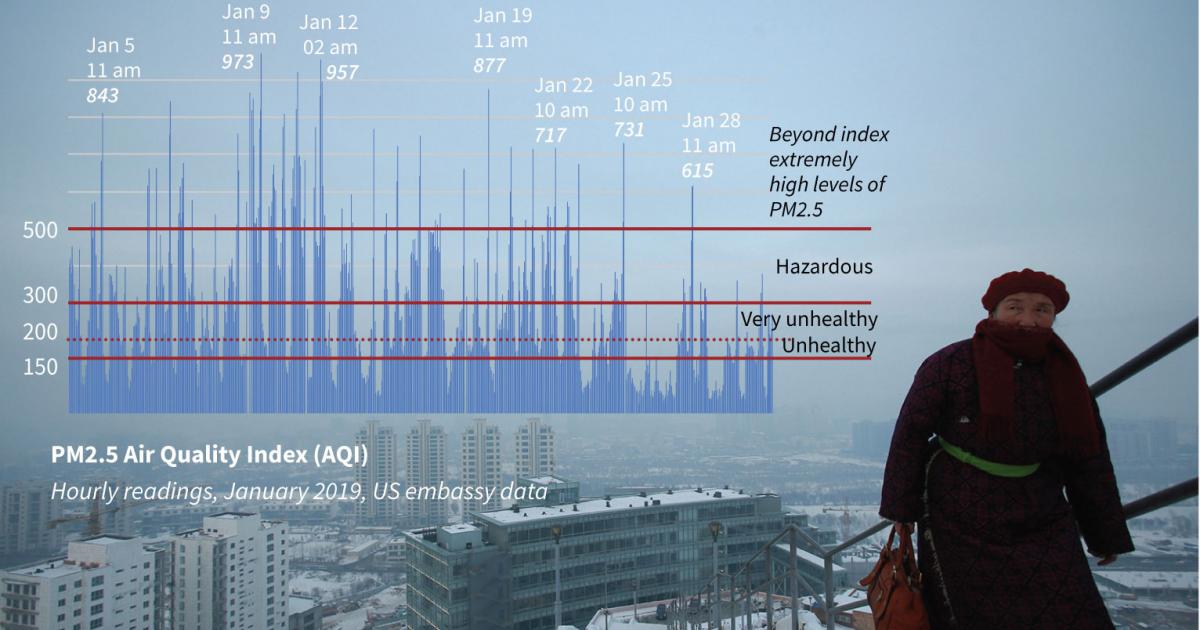 The past two decades have seen Ulaanbaatar transform itself from just over 500,000 inhabitants to a bustling and rapidly modernizing metropolis of more than 1.3 million residents. This rapid rural-urban migration is occurring throughout the country; today 68.4% of Mongolians live in cities, a rate over 15% higher than the world average. Unfortunately, the city has not been able to accommodate such growth, and as much as 60 percent of the city's residents live in ger areas. As more migrants move to the city, there is strong demand for conventional housing.

The long-term consequences of Ulaanbaatar peri-urban sprawl have become increasingly pressing as ger district households are not connected to the main water supply and often lack access to the city's centralized heating network. The high PM concentrations from burning raw coal for warmth, combined with soil contamination from improper waste management have created a public health crisis affecting over 25% of the country's population.

This involves small pieces of dried coal, by breaking up the coal into smaller pieces the air flow is better regulated and more complete combustion takes place.

Compressed coal is comparable to conditioned coal but requires slightly more initial investment into the means of processing.

It was found to be possible to reduce emissions by up to 70% if using ceramic stoves instead of the current models.

Switching to briquettes made from semi-coked coal or sawdust

Briquettes are highly processed fuels that produce high heat content and are popular with users.

There is substantial demand from 216,913 households who do not have apartments but reside in Ulaanbaatar. About 16,3% of them or 35,947 households, have the purchasing power to buy an apartment and it is expected that 93% of those who can afford an apartment, will buy an apartment in the next three years. In Ulaanbaatar, nearly 15 thousand units were commissioned in 2018, almost a threefold increase when compared to 2008.

More than 417 residential development projects for 62,339 urban households and 13,038 rural households are underway to date and 38,514 apartment units are to be commissioned in Ulaanbaatar in the next 3 years. Even though more residential units are commissioned every year following the soaring demand, for many, this need comes down to affordability.

In contrast to upper middle class and luxury apartments maintaining high sold inventory percentage above 80%, only about 16,3% or 35,497 urban households and 13% rural households have been able to afford apartments with regard to lack of mortgage financing and decreasing mortgage loan issuance.

Using high quality fuels like this would be very expensive but would hugely reduce the problem. Also large infrastructural and logistical adjustments would need to be made in order to make the switch to these fuel options.

Connecting the ger districts to the district heating system

The Ulaanbaatar District Heating System is a centralized heating system that is not designed to work for lots of small individual dwellings. Partial centralization of the heat production instead could be better but how exactly that would be implemented is not something that has been explored yet.

Electricity in many of the city's highest-polluting districts has been provided free of charge at night in Ulaanbaatar, Mongolia which imports 21% of its energy and depends on old and highly polluting coal-fired heat and power plants.

In conjunction with these methods, Mongolia is pursuing renewable energy sources to reduce its reliance on old coal-fired power stations. In 2018 the Asian Development Bank and Mongolia signed a $40 million loan to develop a 41-megawatt renewable energy system using solar and wind power, with advanced battery storage technology and energy management systems. The solar power plant, which is located in the Khushig Valley will supply clean and reliable electricity to about 260,000 people in remote towns in the west of the country. The project will be built and operated by Sermsang Power Corporation Public Company and Tenuun Gerel Construction LLC.

Another solar project, financed by The European Bank for Reconstruction and Development, Triodos, and FMO Dutch Development Bank is slated to add another 30 MW to the Mongolian grid. The EBRD has invested more than US$ 114 million in renewable energy in the country, supporting four projects and funding more than 180 MW of capacity. In total, EBRD financing committed so far will help Mongolia reach 16 per cent of installed electricity generation capacity, and 6 percent of its domestic electricity consumption of energy use from renewable sources. These projects are in addition to the 89 other projects the EBRD has already funded in Mongolia, totaling over €1.4 billion to date. The solar projects will play an important role in developing sustainable projects lowering Mongolia's carbon emissions by thousands of tons per year, reducing electricity imports and mitigating air pollution.

While renewable energy and emissions reductions will help decrease pollution in Ulaanbaatar, other problems exist. With hundreds of thousands of residents still living in primitive or poorly managed accommodations, new residential development is badly needed.

The Ulaanbaatar 2020 Master Plan and Development Approaches for 2030, approved in 2015, outlined a plan to redevelop ger areas in stages with new apartment complexes and service centers while also regenerating brownfield sites. There are a few example development projects in the city involved the remediation and reclamation of “abandoned or underused properties that have been contaminated with hazardous waste from past commercial or industrial uses.

Past development projects undertaken by Asia Pacific Investment Partners and Mongolian Properties have decontaminated and reclaimed abandoned or underused properties that have been soiled with hazardous waste from past commercial or industrial uses. For instance, The Regency Residence on Embassy Street and The Olympic Residence on Olympic Street were initially blighted areas acting as urban “eyesores” with contaminants that impacted the surrounding environment and people’s health. The following figures show before implementation and after completion of our past development projects. 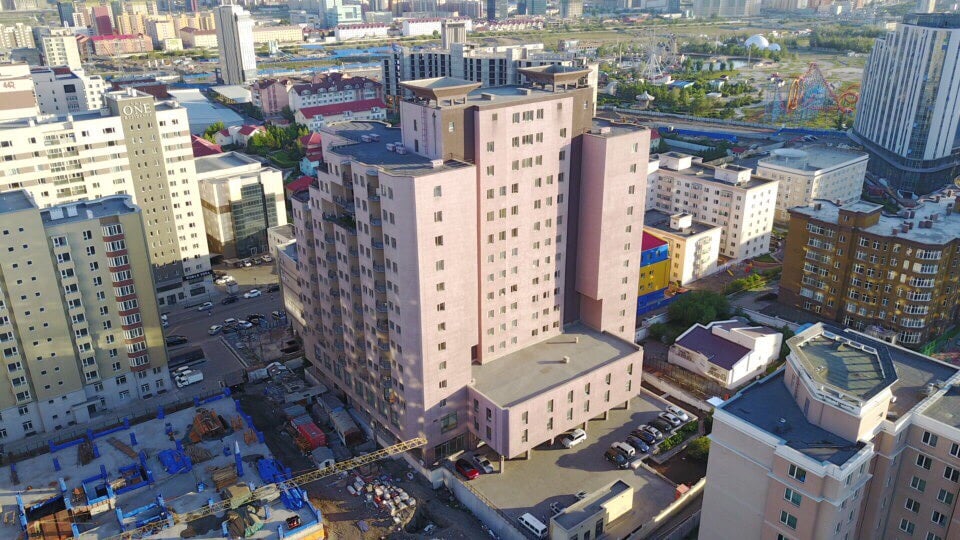 Regency Residence that used to be bathhouse and now used for living space is seen in embassy street of Ulaanbaatar, the capital city of Mongolia.

Before and after Regency Residence was built

Figure 6. Before and after Olympic Residence was built

The remediation action undertaken by APIP and Mongolian Properties have turned these previously unusable lots into efficient housing stock that are connected to the city grid. In doing so, we have  reduced urban sprawl and pollution, and positively impacted the community's physical and economic health.

Although the air pollution and housing shortage will continue to afflict the capital for the near future, blue sky is on the horizon for Mongolians. The influx of sustainable energy and housing projects, pioneered by Asia Pacific Investment Partners and international development agencies, have already created tangible benefits for many residents. These results, like pollution reduction, brownfield remediation, neighborhood regeneration, and increased access to affordable mortgages have and will continue to increase the quality of life for the ever growing population weathering the difficulties of the world’s coldest capital.

Interested in residential or sustainable projects in Mongolia? Please contact me at khangal@apipcorp.com. I would love to have a conversation about sustainable opportunities in Mongolia.