Last month marked the 60th anniversary of Mongolia’s initiation into the United Nation, a historic milestone given the country’s tumultuous history. As we look back, Mongolia’s membership into the U.N hasn’t been without its setbacks. In fact, its entry was overshadowed and undermined by geopolitical dynamics and maneuverings of the Cold War, with the United States and the Soviet Union acting as inflexible roadblocks each with their own set apprehensions. 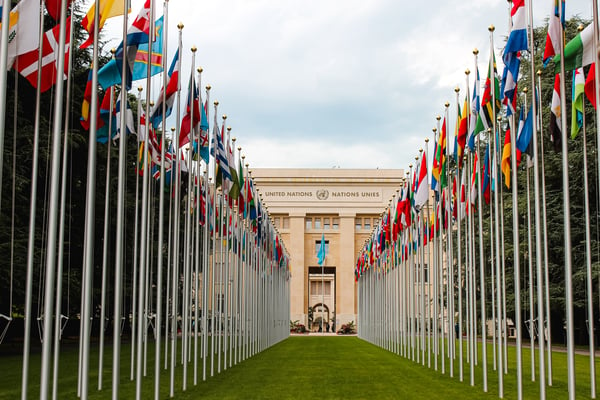 When the U.N formed shortly after the end of World War II in 1945, then prime minister Kh. Choibalsan submitted a request for membership, which was swiftly dismissed by the five permanent members as Mongolia remained of little immediate concern compared to Europe’s post-war recovery. It wasn’t until the onset of the 1960s, when the world was being chopped up into eastern and western blocs, Communism vs. Capitalism, where Mongolia’s geo-strategic importance was beginning to be grasped by the world’s superpowers. However, keeping in toe with how delicately the Cold War was approached, the U.S and the USSR both had their own motivations to maintain the status quo, so as not to conspicuously heat up the cold, consequential stand-off.

Aware of its own position amidst the global superpowers, Mongolia took the initiative to establish diplomatic ties and relations with eastern and western countries alike. By campaigning for themselves when no one else would, Mongolia had practically burst onto the stage and announced themselves to the world. All the political maneuverings had finally culminated on October 27, 1961, when Resolution 166 was passed by the U.N Security Council, officially welcoming Mongolia into the U.N.

With their entry into the U.N, there was no immediate or drastic change to Mongolia’s internal political or economic structure, as the USSR still held overwhelming influence in not only those respective areas, but culturally as well. However, what it did achieve was a new voice coupled with international recognition, that sowed the seeds to their eventual independence from decades of uniform compliance.

Ulaanbaatar has since participated in numerous UN peacekeeping missions across the globe, introduced close to a dozen approved UN resolutions in areas of social development, and established diplomatic relations with 193 countries -- coming a long way from decades past. But then there also lies the reality of its precarious geography; landlocked between Russia and China, it is no easy feat to balance diplomatic and trade relations with them while cozying up with their direct competitors, namely the U.S and Japan. This has, perhaps, been the masterstroke in their foreign relations strategy - balancing great power relations through multilateral cooperation.

Whereas Mongolia’s domestic political activities have been questionable, to say the least, it is unquestionable that their foreign relations strategy has been nothing but extraordinary. With no significant military might, economic influence, or cultural sway at their expense, Ulaanbaatar virtually ensured their sovereignty by creating a network of overseas connections all the while balancing the concerns and interests of their autocratic neighbors.

The U.N had conferred legitimacy and recognition to the landlocked and isolated nation, propelling Mongolia to actively participate on the world stage. As governing parties and internal structures change over time, Ulaanbaatar is sure to remain a vocal figure in the U.N for years to come.