In the last year, capital controls have led to less Chinese investment in the UK, the US, and Australian real estate markets.

London property investors are taking note, as are Australians[3]. Some[4] argue that this investment rollback in foreign investments owes, at least in part, to the Belt and Road Initiative (BRI). These actions from just last year, Bloomberg reports, include “Banned”, “Restricted”, and “Encouraged” actions open to Chinese citizens.

The “Banned” category includes activities like investing in military technology, the sex industry, or anything contrary to national security, which are now explicitly banned to Chinese citizens. These new measures leave overseas property investment, in the “Restricted” category, along with international investment in the hospitality, entertainment, and sports industries.

Also in the “Restricted” category are what are deemed “anti-environmental” actions. In the “Encouraged” category sit activities that the Chinese government now encourages outright: investments that further BRI—thus good reason to view these new restrictions as BRI-driven.

Related Content: With China Set to Grow 6.6% in 2018, what would a Foreign Trade Agreement mean for Mongolia?

At this point in time, BRI includes hundreds of massive infrastructure projects across Asia, Europe, and Africa[5], including a railway project in Laos, electricity infrastructure in Pakistan, and train lines from Budapest to Belgrade. BRI, as a new “Silk Road,” aims to impact cities across the Eastern Hemisphere, ranging from Venice to Nairobi to Kuala Lumpur to Moscow. The projects will cost between US$4 and $8 trillion. Worth noting in China’s long-term strategic plans is that China has indicated it wants to go green. China’s rapid industrialization has led to pollution problems in many Chinese cities. But Chinese impact on the environment has hopefully taken a turn for the better after China signed on to the Paris Climate Agreement[6]. China has also announced a significant reduction in Chinese coal production[7].

But due to the regularly subzero temperatures in Northern China and current infrastructure gaps for delivering natural gas to the region, many Chinese citizens still need coal for heat. Further, certain Chinese manufacturers need coal for steel production. This newly unmet demand has driven up Mongolian coal export revenues 3% from the same time last year, at a $30 Million increase[8].

Naturally, the increased revenues coming from the increased demand for Mongolian coal is the first benefit. With an estimated US$2.75 Trillion[9] in untapped natural resources, Mongolian mining’s full potential has yet to be seen, although it has already significantly raised the standards of living for many Mongolians over the last two decades. But the second significant benefit from Chinese policy is more indirect, but just as compelling.

The decrease of Chinese coal production will continue to lead to a movement of opportunity to Mongolian coal mines, and subsequent economic stimulus in Mongolia. And as opportunity for mining in Mongolia increases, so expatriate-driven demand for luxury properties increases.  Expatriates involved in mining often look to luxury housing from Shangri La, Embassy Residence, or Mongolian Properties to have a place to call home while working in Ulaanbaatar. 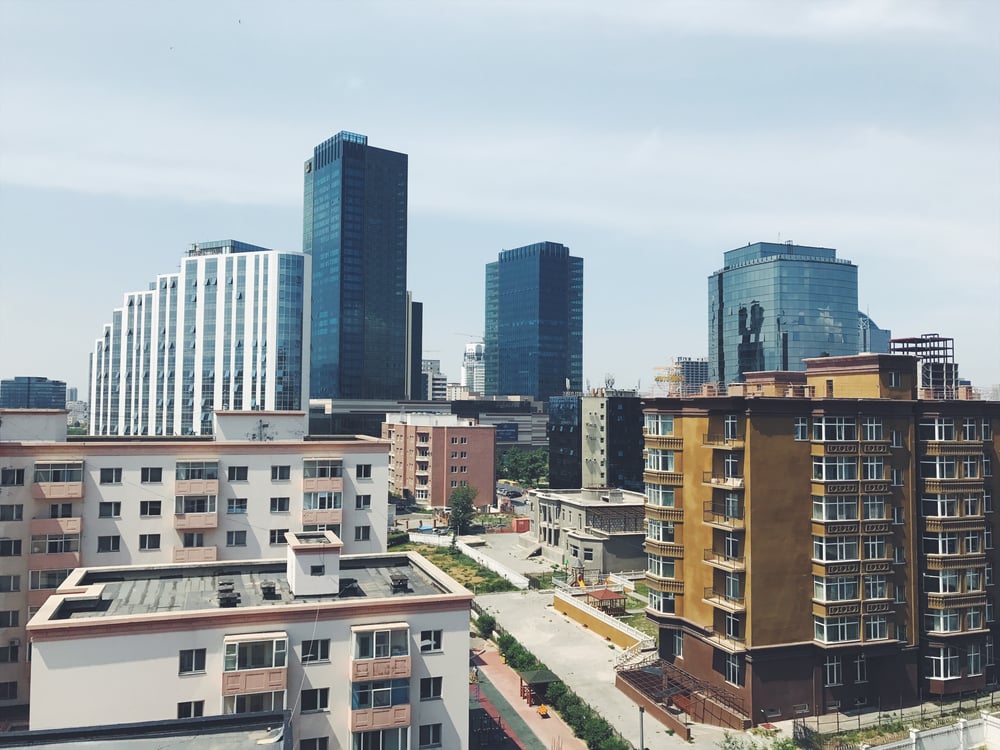 Thus, the Australian, UK, or US citizen disappointed by domestic property markets likely will miss out on higher returns in Ulaanbaatar, especially at current economic growth rates. Mongolia’s Real GDP, for example, has increased from 1.2% in 2016 to a projected 5% for 2018[10]. Further, guaranteed rental yields between 10%-15%, up to 30% IRR, and an ever-developing modern commercial business district all can flow from mining wealth bringing in new residents with disposable income.

Thanks to recent Chinese policies, Mongolia’s property markets will increase in demand, and coal revenues will continue to increase in the short- to mid-term.