After a rocky start to 2019, Mongolia’s economy moderated by the end of the year. Mongolia has solidly recovered from the macroeconomic slump in 2016 driven by hefty private consumption, steady foreign direct investment inflows and a resurgence in mineral exports and stronger commodity prices. Mongolia’s medium-to-long term growth prospects remain progressive in accordance with the World Bank’s Mongolia Economic Update.

Trade with China boomed, Mongolia’s exports increased by 9% and the price of key commodities ramped up. Fenwei Energy analysts foresee Mongolia will be the leading coking coal supplier to China in the mid to long term in regard to the recently constructed 1,814 km railway, Xiaoji which passes through seven provinces of China. The mining sector comprised over 20 percent of economic growth, the construction sector and services sector accounted for circa 10 percent and 40 percent, respectively.

Moody’s has issued a statement keeping Mongolia's long-term credit rating at "B3 (stable)" while citing the current account deficit narrowing to 12.6% of GDP in 2019 from over 40% of GDP in 2011-2013. The coronavirus outbreak and fluctuating commodity prices restrain growth; however, it expects activity to recover in the second quarter of 2020.

Considering exports generally, figures from January to December 2019, show continued progress with exports hitting over USD 7 billion which is a 9% increase relative to the preceding year. Rising commodity prices across Mongolian export goods have played a major role in the growth. Coal exports, in particular, have not met the expectation to reach 42 million tons. However, the country exported 36.4 million tons of coal with sales revenue coming in at USD 3 billion, which is USD 327 million higher relative to 2018. 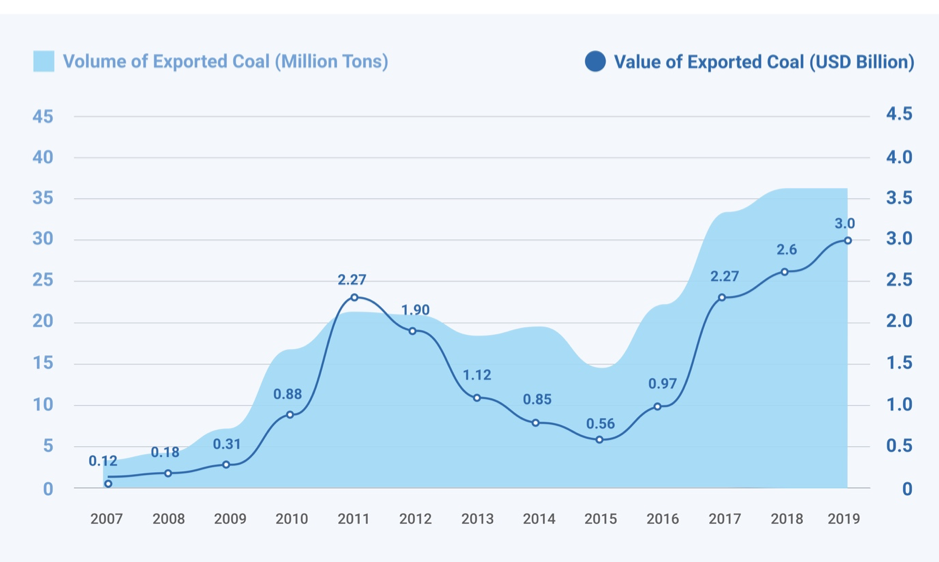 House prices in six districts of Ulaanbaatar are up by 81.7% compared to 2010.

The Ulaanbaatar housing price index shows an increase of 3% in December 2019 compared with the same month in the preceding year (Mongol Bank). Average price per square meter for new apartments stood at MNT 2,4 million, which is 7% increase, relative to last year. Since 2000, Sukhbaatar district has shown the highest residential prices. Prices of older buildings continued to increase by 4.5% over twelve months. In 2019, the construction sector’s production grew by 5%.

As of year-end 2019, the number of mortgage borrowers stood at 95,490. With a population of 1.3 million in Ulaanbaatar city, but with 56% percent of the city’s residents living in ger accommodation, there is strong demand for conventional housing for 217,000 households. In 2019, more than 441 residential projects for 61,639 urban households were underway and circa 10,000 residential units were commissioned. Even though more residential units are being commissioned every year, for many, this need comes down to affordability. About 16.3% or 35,497 urban households and 12.2% or 14,905 rural households are able to afford apartments. The government has initiated 150,000 affordable housing projects for 2019-2023 with MNT 60 billion allocated for the nationwide subsidized mortgage financing for 2020. A ger district development program in Ulaanbaatar will be implemented in three stages over nine years. The cost of the project will be an estimated 320 million USD, with 163.7 million USD being financed by a soft loan from the Asian Development Bank. 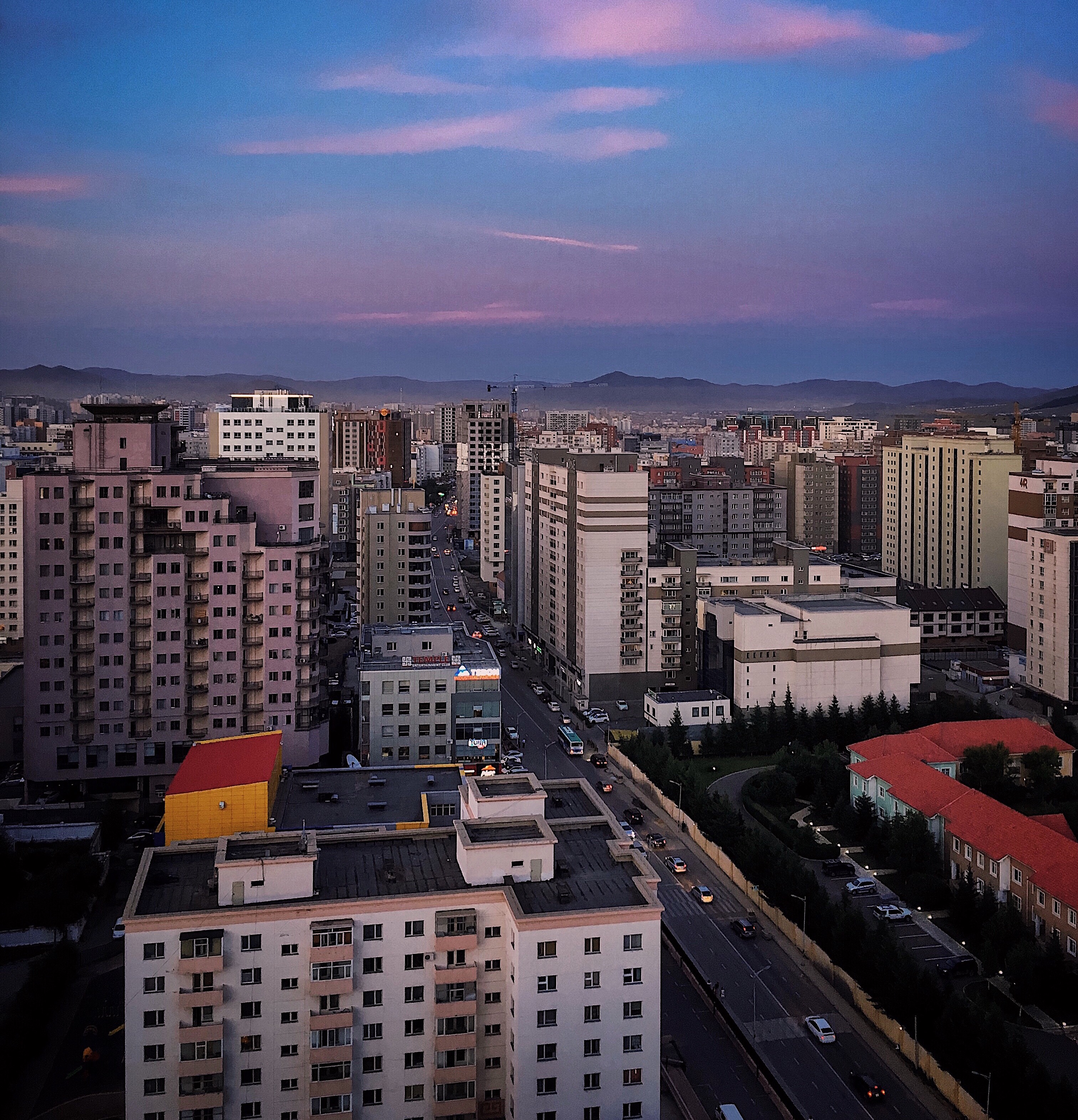 Seeing this increase in numbers and the actual development that took place all over Mongolia, the government intends to continue supporting the project’s financing and will perhaps even lower the annual interest rates to as low as 7% per year as Bank of Mongolia reduced its monetary policy interest rate to 10%.

Oversupply of office buildings in previous years, means occupancy remains comparatively low, albeit, this is likely to change with increased investor activity in the country. Demand for retail space has increased with consumer confidence, however, at the prime end of the market, buyers and tenants remain discerning in their selection of space. The land market meanwhile, heated up at the end of the year in anticipation of potential new holding taxes, especially in central Ulaanbaatar where there remains a shortage of well positioned, unencumbered sites. 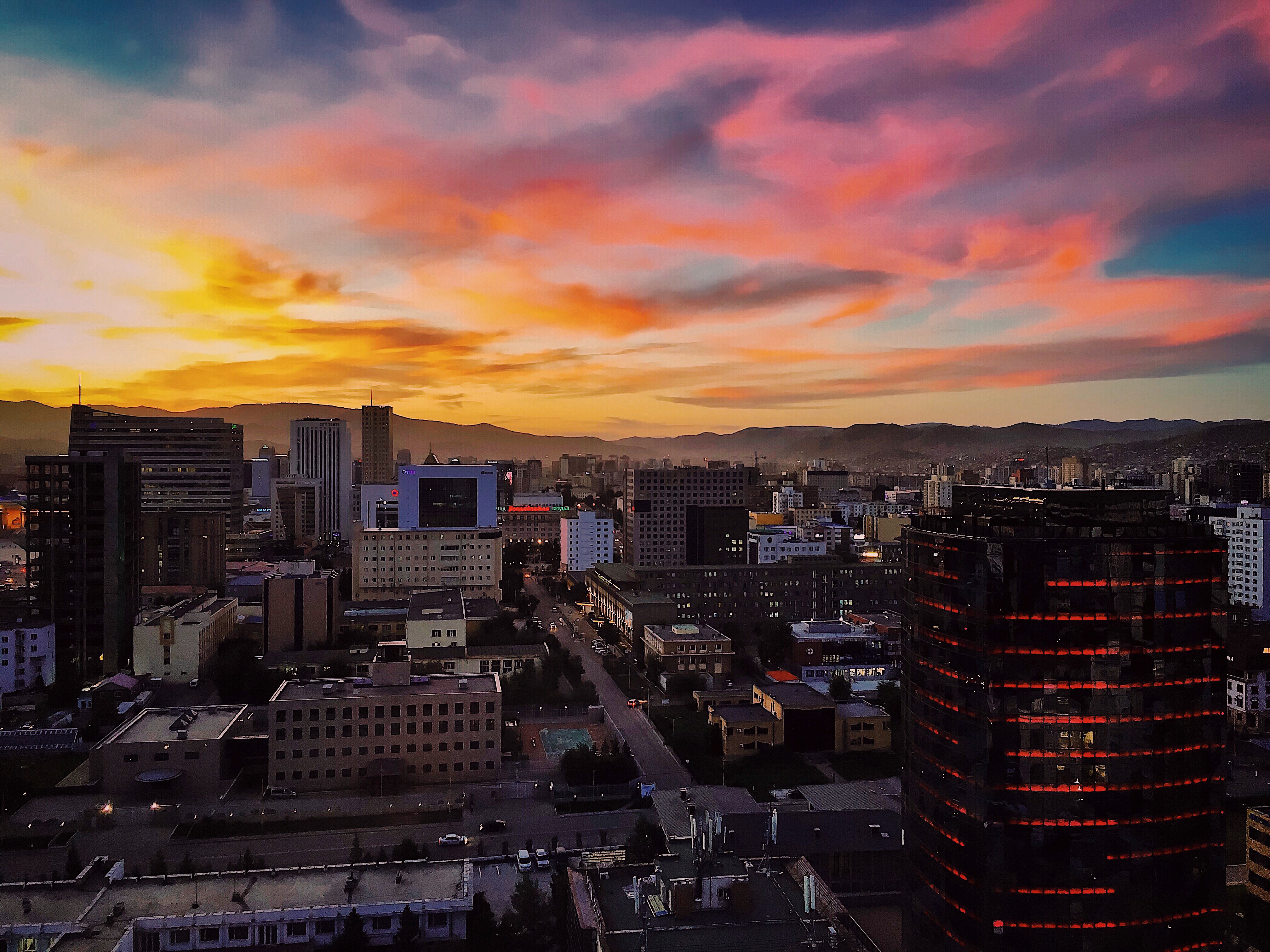 Meanwhile, Chinese visitors to Mongolia accounted for more than a third of tourists in 2019 in relation to the Hong Kong protests. Mongolia saw a 14% rise in retail sales and luxury products sales and 9% increase in tourism with over circa 678,000 tourists last year.

Mongolia continues to make reforms designed to avoid the excesses of years past.

In 2019, the gold purchase of the Bank of Mongolia (BoM) reached 15.2 tons, which is a 30 percent decrease relative to the previous year. Global gold price increases and increased royalty payments in 2019 resulted in fewer gold purchases by the central bank.

The Development Bank of Mongolia stated that it revised 14 significant policies, procedures and regulations to improve issues including loan risks and non-performing loans. The bank’s total assets reached MNT 4.2 trillion with the capital of MNT 1.1 trillion. The bank has prioritized on supporting non-mining sectors and will continue to do so in 2020.

The strong economic recovery since 2017 has been driven by strong fiscal outcomes, improved coordination of macroeconomic policy, favorable global commodity prices and sturdy inflows of FDI. The World Bank forecasts medium-term growth prospects remain positive, largely supported by robust growth in private consumption and continued steady investment in mining and manufacturing. However, there are significant downside risks to the growth outlook emerging from elevated uncertainties in the global and domestic environments including the parliamentary elections in 2020, the potential impact of the U.S.A and China trade deal, recapitalization issues of the banking sector, and slow progress on anti-money laundering issues.

The World Bank’s representatives stressed Mongolia has experienced several episodes of high credit growth and household debt has increased as most of the credits were connected to individuals. Therefore, as credit and GDP growth rates are closely correlated, suitable credit management is crucial to economic growth and Mongolia should continue implementation of macroprudential policies to curb excessive and volatile credit growth.