Mongolia and Microfinance: A Means to Grassroots Economic Development

While billion dollar investments into Mongolia steal the spotlight, the country has also been actively pursuing grassroots economic development through microfinance initiatives. As far back as 2005, the country declared a "National Year of Microfinance", which coincided with the United Nation's "Microcredit Year". The country’s transition from a centrally-planned economy to a democratic, free market economic model has brought prosperity, albeit unevenly distributed. Mongolia's commitment to microfinance initiatives demonstrates a recognition of this issue and their recent success bodes well for inclusive economic development.

Over-reliance on commodity sales has led to calls for diversification, particularly away from mining and Chinese export demand- 88% of Mongolian exports going to China in 2011. Mongolia sits on more than an estimated $1.3 trillion USD of mineral reserves, with the Economist placing the actual value at as much as $2.5 trillion USD. Put simply, Mongolia has the resources to fuel future economic growth, but it is in need of a strategy to ensure that this wealth is sustainably and broadly shared. One commonly lauded answer to these calls is microfinance. Simply understood, microfinance is defined as financial institutions that provide financial services to the poor unbanked population. It looks to include the financially excluded through entrepreneurship and self-reliance. As a poverty alleviation strategy it may provide the funds for investment to those currently stuck in a poverty trap: being restricted only to consumption spending and lacking the means for investment which is the secret to longer-term economic growth. It is argued by some that this approach may lead to economic diversification and more indigenous forms of economic growth, such as through a sophisticated rural tourist industry, resulting in higher economic growth rates nationally. 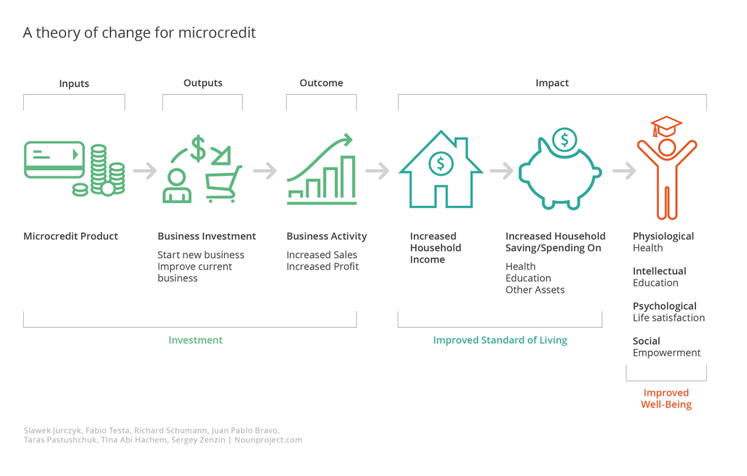 The boons of increased prosperity rooted in Mongolia’s impressive rate of economic growth, reaching 17.3% in 2011, have not been evenly spread. The World Bank estimated in 2017 that just over 900,000 of the 3 million Mongolians live below the national poverty line. Rural poverty is estimated to be nearly 10% higher than in urban areas. This is significant as 40% of the population live rural often isolated livelihoods. The question is, what solution has the flexibility to access these economically disengaged individuals in both rural and urban areas efficiently and successfully.

It is contentious whether microfinance initiatives of the socially-focused, microcredit strain inspired by Mohammed Yunis’ Grameem bank revolution in Bangladesh, provide a viable and effective means to alleviate the plight of poverty and therefore promote broad-based economic growth.

However, recent data on Mongolia's microfinance initiatives, shown in Figure 1 and 2, have shown that microcredit borrowers have a higher rate of business ownership, greater inventory/asset sizes and higher household consumption. Thus, through the multiplier effect, one can conclude that in Mongolia at least, initiatives have experienced tangible successes, despite their current small scale. 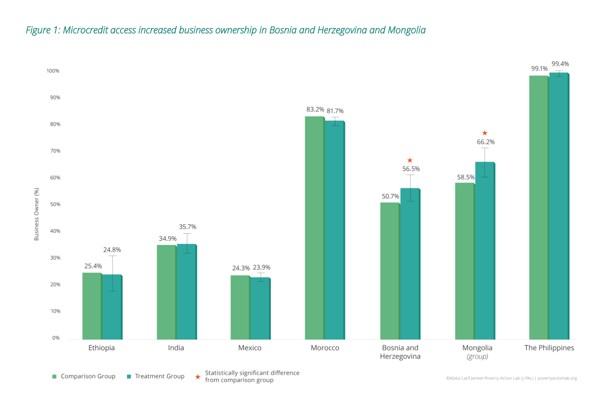 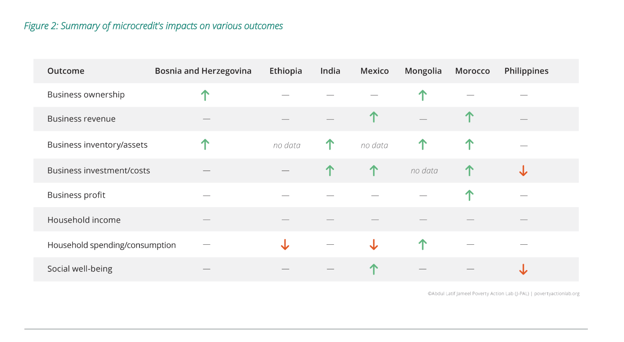 Mongolia is the most sparsely populated sovereign nation on the planet, with less than two people per square kilometre and approximately 45% of the total population living in the capital, Ulaanbaatar. Moreover, a quarter of the population continue to follow an isolated nomadic way of life. The size of the country, accompanied by its poor infrastructure renders sharing the urban-focused economic development with a large portion of the population, extremely difficult. Traditional financial organisations do not have the dexterity or flexibility to access isolated individuals or communities profitably, given the high cost of operations in scarcely populated areas. Arguably, therefore, Microfinance is uniquely suited to address this issue of economically disengaged communities in rural, inaccessible areas.

The impoverishment and geographic isolation of some communities and individuals renders many without access to basic healthcare provision, no access to vital insurance products and often no access to financial services of any kind as they fail to meet basic qualifying credentials. This is a clear example of a failure of the credit market: dragging on investment, innovation and stunting future economic growth potential.

Infrastructure investment and Microfinance in Mongolia

The United Nations’ Sustainable Development Goals recognises the fact that extreme poverty is an impediment to sustainable, broad-based economic growth. Much of Mongolia’s meteoric rise has historically been rooted in the successes of the mining sector.  Sustained, widespread economic growth lies in ensuring all are capable of tangible economic activity- a central tenet underlying the principle of microfinance. Grassroots economic growth will be achieved if such initiatives can successfully negotiate the uniqueness of Mongolia’s economic infrastructure.

Microfinance, in conjunction with promised infrastructure development, is a sustainable means to protect and prolong the cultural heritage of Mongolia’s nomads, whilst also being an effective means to spread national economic prosperity. Nomadism is commonly understood to be a dying way of life, especially in the wake of global warming, leading to further uncontrolled urbanisation which is undesirable and culturally disastrous. We predict that the viability of microfinance will rest on the success of the country's forthcoming infrastructure investment, as given its ability to alleviate extreme poverty, reduced isolation will increase access to financial services and provide a means to invest for the future.

Infrastructure development will reduce the operating costs of financial services, particularly in rural areas. The planned “Decentralisation of Ulaanbaatar” project which consists of constructing a large swathe of roads throughout rural Mongolia will allow Mongolia’s microfinance institutions to profitably access isolated communities who currently live a precarious life which as detailed, is under severe threat.

Mongolia’s successful state-run experiment with microfinance in 1997, through the establishment of Xacbank, the state's first non-banking financial institution, is a clear endorsement of this strategy. Created using a USD $1 million from the United Nations Development Program's Microstart initiative. Microfinance institutions now number an impressive 192 organisations, alongside 170 savings and credit cooperatives. Moreover, Xacbank itself has been hugely successful, now with a total asset value of over USD $450 million.

Similar private initiatives have developed, such as WorldVision’s microfinance operations. Innovations, such as its ‘graduation scheme’, which allow those who are in no position to invest initially, access to financial support before they obtain formal access to group loans, are a sure means to ensure poverty eradication will lead to improved economic growth. Extending economic engagement amongst Mongolia's growing population will result in higher national GDP growth rates simply through the inclusion of a larger pool of economically active individuals. This provides further opportunity for widespread economic enrichment and support for poor urban and rural Mongolians.

The financial literacy and other forms of social support promoted by many microfinance institutions ensure programmes go beyond solely the provision of monetary loans. This recognises the importance of education in overcoming poverty and will provide a solid base from which sustainable economic development can occur in the long term. 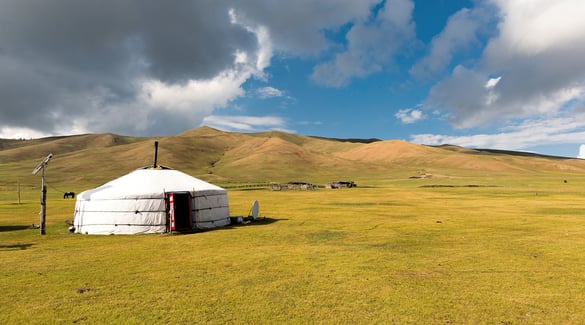 Thus, it seems evident that efforts to spread the mantra of microfinance will engage the impoverished economically, contributing to overall macroeconomic growth. Alongside state infrastructure investment, which will drastically reduce the operating costs of these operations, microfinance looks likely to ensure the 30% of Mongolians who make up the urban and rural poor, are lifted above the poverty line. Consequently, prosperity will be more evenly felt, diversifying and facilitating sustainable, prolonged economic growth.