The recently published Indo-Pacific Strategy Report by the United States signals strengthening US-Mongolian diplomatic ties.
Mongolia's capital, Ulaanbaatar, is fast becoming an exciting, cosmopolitan city, ready to welcome the world of expats and foreign investors. Testament to this is the the recent opening of a flurry of restaurants owned by Westerners. Rosewood Kitchen+Enoteca, a restaurant and butchery, is one such establishment. Situated on the famed Seoul Road, it consciously caters to the growing wealthy corporate class in the city, serving dishes from American Eggs Benedict to Italian Pesto Linguine. Its menu is reflective of the growing internationalist outlook of the country. Indeed, whilst tucking into its weekend brunch, sipping fresh orange juice, one might mistake it for one of the hipster hangouts of Chelsea or Soho. 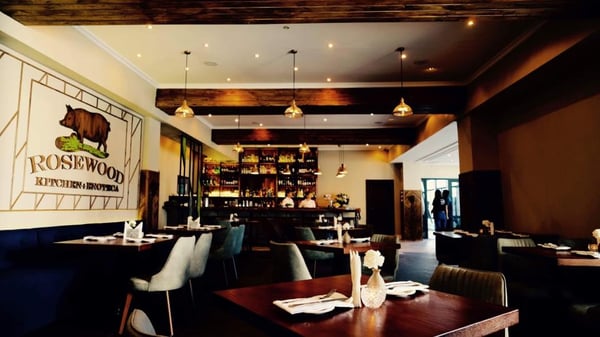 Fig. 1: The stunning interior of Rosewood Kitchen+Enoteca, situated on Seoul Street
In fact, the former soviet nation is, with increasing success, exploring the world of Western diplomacy. On the face of it, this is an unusual development for one of China’s closest diplomatic and economic allies. Yet the United States’ most recent Indo-Pacific Strategy Report, published on June 1st, 2019, outlined a promising future for US-Mongolian diplomatic relations. It highlighted Mongolia as an outstanding key democratic ally in the region, with whom the United States wished to improve and develop closer ties.
The United States described itself as Mongolia’s “third neighbour” and “primary security partner”, underlined by their “comprehensive partnership” in promoting shared values of “freedom, democracy, economic openness, and human rights worldwide”. Moreover it described the Mongolian Armed Forces' contributions to United Nations peacekeeping operations as making a tangible, significant difference towards global governance and international peace. The paper cites a shared vision of an open, free Indo-Pacific and it describes Mongolia as a “stabilising influence in the region”.
This is a huge vote of confidence in the recently-democratic nation, who celebrated only the 31st anniversary of friendly diplomatic relations with the United States earlier in 2019. Given the its enormous natural resource endowment, recently estimated by the Economist to be worth as much as $2.5 trillion, good relations between the two countries is certain to be mutually beneficial. Recent developments 250km North of the Chinese border at the Oyu Tolgoi mine, the largest government-supported infrastructure investment in Mongolia's history, demonstrates the development prospects for the land-locked economy. Many predict this to be the first of many projects, hoped to bring future prosperity and wealth to the country.

Fig. 2: A map of Mongolia showing the location of the Oyu Tolgoi mine
Mongolia's investment potential is demonstrated by its market fundamentals. It has the youngest population in North-East Asia and it lies on the doorstep of the world's largest consumer market. Impressive, too, is its economic growth: 8.6 percent year-on-year in the first quarter of 2019. Thus, the United States' hunger for friendly relations is unsurprising.

Fig. 3: A population pyramid demonstrating the young population of Mongolia
Relations between the two nations have strengthened since the United States-Mongolia Transparency Agreement entered into force in 2017. The two parties recognised mutual opportunities for investment and agreed to a number of articles, including a pledge to promote future economic integration. This included a commitment to publish final laws and regulations in English, making it easier for US and other foreign enterprises to do businesses in the country.
The Transparency Agreement, first signed on July 15th, 2004, was the first time the United States has signed a standalone agreement addressing transparency in matters related to international trade and investment. In doing so, the United States demonstrated its commitment to promoting free and fair trade with an area of such enormous growth potential.
Bilateral trade between the two countries has increased by 47.1 percent since 2017 to $131 million in 2018, demonstrating a 111.2 percent increase since 2008. This is only set to increase, as American direct investment into Mongolia is predicted to intensify given the government's commitment to uphold intellectual property rights, transparency and honest governance. 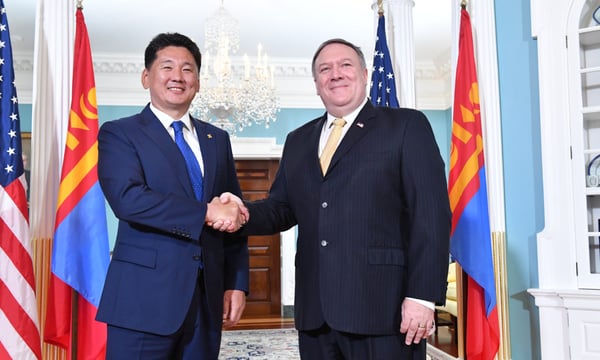 Fig. 4: H.E. Mr. U. Khurelsukh, the Prime Minister of Mongolia, meeting the United States' Secretary of State, Mike Pompeo
Thus, closer ties to the United States will encourage the blossoming Mongolian economy, hungry for open, honest and fair trade. One might predict, therefore that the vibrancy of the city's food and drinks scene is only set to diversify and flourish. Certainly, the growing expat community in Ulaanbaatar will welcome more high quality eateries catering to a Western palate, especially when bookings at Rosewood become increasingly difficult to obtain.