Mongolia lies in central Asia between Siberia on the north and China on the south. It is a land full of vast emptiness, nearly twice the size of Eastern Europe and with a population of 3,226,516 (2013 est.), it is the least populous country in the world. It is slightly larger than Alaska. The name Mongol comes from a small tribe whose leader, Ghengis Khan, began a conquest in the 13th century that would eventually encompass an enormous empire stretching from Asia to Europe, as far west as the Black Sea and as far south as India and the Himalayas. After his death the empire was divided into several powerful Mongol states, but these broke apart in the 14th century. The Mongols eventually retired to their original steppe homelands and in the late 17th century came under Chinese rule of the Manchu dynasty which divided Mongolia into Inner Mongolia and Outer Mongolia.

Mongolia won its independence in 1921 with Soviet backing and a communist regime was installed in 1924. The modern country of Mongolia, however, represents only part of the Mongols’ historical homeland; more ethnic Mongolians live in the Inner Mongolia Autonomous Region in the People’s Republic of China than in Mongolia. The State of Mongolia was formerly known as Outer Mongolia. It contains the original homeland of the historic Mongols, whose power reached its zenith during the 13th century under Kublai Khan. Outer Mongolia became a democratic democracy in 1990. Inner Mongolia continued to remain under Chinese control.

A brief summary of Mongolian History. 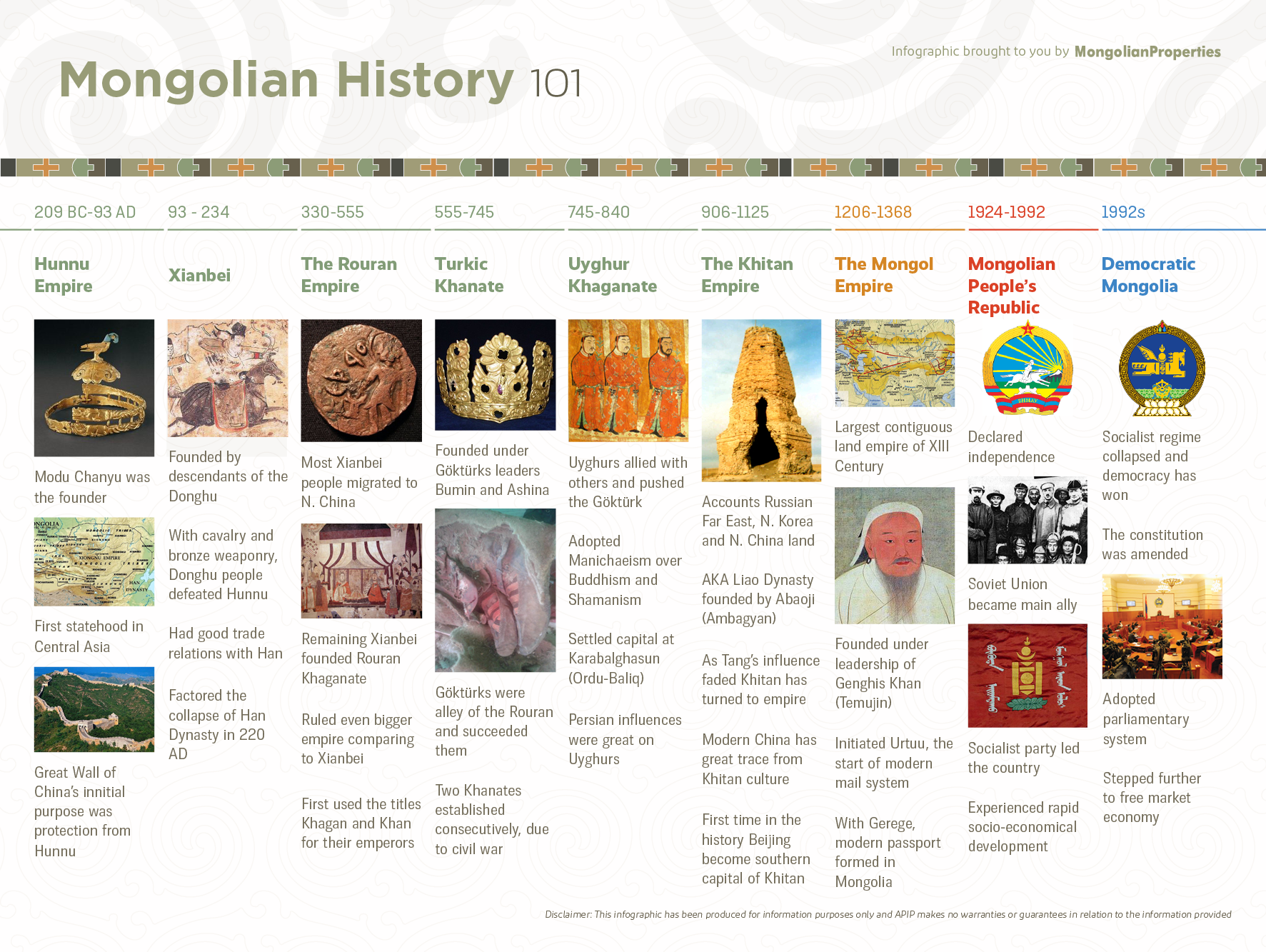 Bonus fun fact:
When walking down a street in a Mongolian town or city if you accidentally bump into a person or brush past them, don’t be surprised if the other person reaches for your hand. Go ahead and shake their hand or even just touch it to apologize and express that it was indeed an accident and not intentional. The same gesture applies if your leg accidentally hits someone else’s under the table. Remember to shake hands!