Big names are moving into Mongolia

Mongolia, once a place whose very name conjured up images of isolation and deprivation has become one of the hottest new frontier market destinations for international and luxury brands in recent years, particularly those catering to higher income clients.

Over the past 28 years, Mongolia has been successfully transforming into a vibrant democracy from a centrally planned socialist economy, resulting higher level of GDP with vast agricultural and mineral resources.

During its transition to a market economy, Mongolian GDP has bottomed out  particularly in 1993 (as shown in Figure 1) experiencing a painful “transformational recession” until 2000. Economy has began to recover slowly to positive rates of growth thereafter by 2001-2010. GDP per capita doubled between 2005 and 2012. This economic boom has made many Mongolians millionaires overnight and affluent locals have begun seeking new ways to enjoy and show off their wealth. 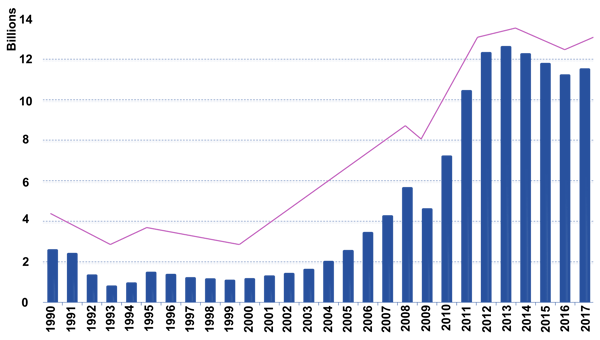 However, the economy has particularly slowed down by a fall in commodity prices and declining investment and private consumption during 2014 - 2016. After this downturn, the Mongolian economy strongly recovered in 2017 and 2018H1. GDP growth rate increased from 1.2 percent in 2016 to 5.3 percent in 2017 and 6.3 percent in the first half of 2018, thanks to growing investment in the mining sector and higher coal prices and exports.

The changes of GDP growth in these years indicate that the country’s economy is strongly dependant on mineral commodities. Boosted by an incredible amount of minerals with an estimated value of 1.5 - 2 trillion USD with a relatively small population, the economy has became one of the hottest new frontier markets for international investors in various fields.

Mongolia’s rampant economic growth has had a significant effect on the purchasing power of households. Working and professional class wages have risen rapidly, lagging just slightly behind the overall economy once inflation is taken into account.  The retail sector that has benefitted from the recent boom has become the hidden hero of Mongolia’s real estate market. Both local retailers and the handful of international brands rapidly started expanding and many luxury brands like Versace Collection and Burberry have opened shiny new outlet branches in the center of the capital city.

This means that Mongolians have much more disposable income to spend than they did a few years ago. According to the Mongolian National Statistics Office (NSO), monthly average expenditure on all types of consumption per household has significantly increased between 2012 and 2017 (Figure 2); on clothing alone, it increased by over 500% between 2003 and 2011. Mongolians are consuming a larger number of higher quality goods than ever before. The retail sector has expanded accordingly, rising from less than 14% of GDP in 2008 to 19% in 2011 even as GDP itself increased by nearly 36% during the same period. 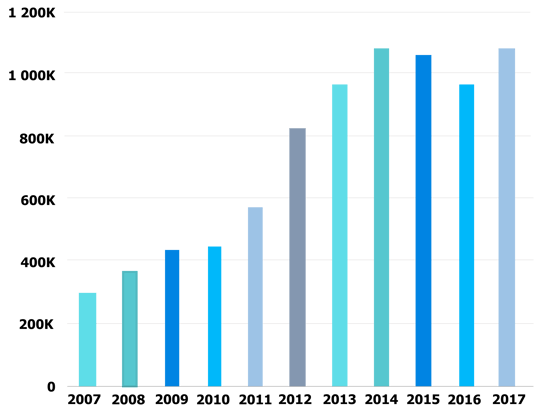 Developers have tended to focus on high-end office and luxury residential complexes over the last few years and have neglected the needs of a growing consumer class. Rental prices in the retail sector have yet to catch up to the growth of sales. The per meter rental price in Ulaanbaatar’s prime retail locations is still significantly below that of comparable locations in other emerging Asia markets.

The size, growing urbanization, and economic development of Mongolia are drawing retailers. With its robust retail track record, relatively low costs and bright macro outlook, Mongolia looks set for unparalleled consumer and retail spending over the next decade. More than 100 international brands have opened up exclusive franchises or wholly owned outlets in Ulaanbaatar to date, the majority in the past eight years. At the same time, there is still a need for brands targeted at mass market consumers to cater to the growing local appetite for conspicuous consumption, because many Mongolians go abroad for shopping and buying designer goods.

Although traditional retail still exists with Mongolian consumers doing their daily shopping in open markets and through informal channels, shopping habits continue to evolve. Preference for organised retail formats and global brands is growing, creating more opportunities for international players. Apparel and luxury retailers are also expanding. Youthful clothing brands such as Mango, Sisley and Adidas, who entered the market in recent years, are doing great because the Mongolian people are open to giving new brands and new products a try.

Retailers’ interest to any country depends on development of new high quality shopping centers corresponding to world standards. The Shangri-La complex was completed in 2016, giving international retailers an opportunity to set better terms of occupancy in the business district of Ulaanbaatar. The country has numerous large shopping malls in the city, namely Central Tower, Khunnu Mall, Naadam Center, and Naran Mall, among others.. 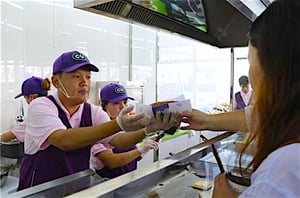 Like most emerging markets, Mongolian consumer spending on food and groceries has taken a hit, creating many opportunities for international players. Convenience stores and mini-marts have started growing in Mongolia in recent years. Circle K and CU entered the market in 2018 and are expanding constantly throughout the city. Emart, South Korea’s leading retailer, launched its supermarket chain in September 2017. Trendy food and beverage destinations targeting young customers (65 percent of the Mongolian population is aged 35 or under) have newly opened in the city, such as Tom N Toms Coffee, Coffee bean, Tous Les Jours, KFC, and Burger King.

In many ways, the rise of retail in Mongolia appears to mirror the experience of other emerging markets, particularly the so-called “Asian Tiger” economies of the 1990s and 2000s. Mongolia’s demographics, climate, consumption patterns, and unique cultural heritage differentiate it from the rest of the emerging economy pack. Its strong retail track record, low costs and bright macro outlook will propel Mongolia for unparalleled consumer and retail spending over the next decade. Many international partnerships have significantly exceeded their owners’ expectations, as the appetite for luxury and mid range western brands within Ulaanbaatar has proved to be more substantial than companies’ projections thought possible.