Although we’re a property investment company spanning multiple industries, we wanted to provide value to our investors and to the global community by giving some of our insights for visiting this year’s FIFA tournament, with its ongoing matches that have already surprised the world. 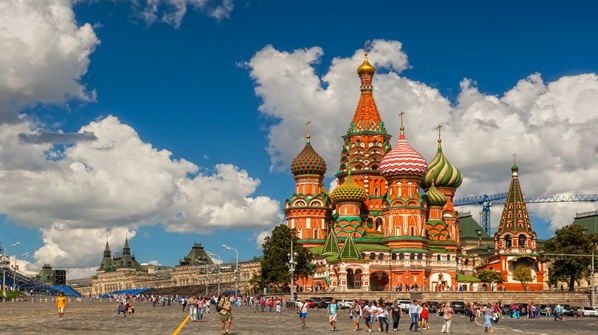 Russia’s rich history, vast landscape, and global presence make it an attractive location for this year’s FIFA World Cup. But the Australian, Canadian, and Irish governments recommend anyone travelling there should exercise a “high degree of caution." So, Westerners unfamiliar with Russian law and culture looking to have a good time will need to know a few things.

Of course, you will need your Russian Visa, FIFA Fan ID, and tickets for attending the games. If you’re going for the games, you probably have already gotten each of these documents. If not, consult the FIFA website. That said, we at APIP wanted to provide some helpful bullet points for those looking for an international, unique experience at a FIFA tournament, especially in Russia.

You need to see the palaces. Yes, palaces. The Tsars knew how to live well. In St. Petersburg, the Hermitage, Peterhof, and the Peter and Paul Fortress are must-sees. In Moscow, you’ll need to see Red Square, Kremlin, and the landmark St. Basil’s Cathedral.

No, Moscow and St. Petersburg are not the only cities to visit outside of the World Cup games. Although there are plenty of warnings about going South in Russia, you could consider going East. The Telegraph gave some great reasons why the Trans-Siberian Railway is the ”greatest train journey on earth.” It can take you from Moscow to Ulaanbaatar, Mongolia, to Beijing.

Ulaanbaatar, with its gleaming glass skyscrapers, cosmopolitan restaurants, and booming real estate market, is a far cry from the Mongolia of fairy tales (Admittedly, we’re biased – we love Mongolia so much we started a business there). Our main point: Enjoy the East!

Passport, Pozhalista. You’ll need your passport and travel documents on your person at all times. Keep it in a particularly safe place, not in a handbag or backpack. 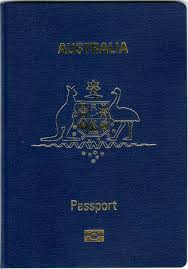 You should not have to provide your passport as a means of security to reserve a car, but you likely will need to do so for your hotel.

In order to get into the FIFA matches, you’ll need your ticket and Fan ID, as we covered earlier. Tickets purchased at an unofficial or scalped source may not be legitimate, so you’ll need to make sure you purchase tickets from an official location.

Definitely avoid public demonstrations. Mob mentality can easily get stirred by a good protest, and suddenly the EU, British, or American citizen becomes a target of a few nationalist rioters.

If someone drops money on the ground, don’t pick it up. This scam is usually used as bait to accuse the foreigner of stealing from someone, leading to subsequent extortion.

“Could you watch my bag?” No. Con artists will frequently try to ask you to watch their bag, then extort you so that you don’t get hassled by police. Don’t agree to watch someone else’s bag.

“Can you help me?” could mean “Can I rob you?” People asking for help from you can easily distract you from being pickpocketed, especially in a public place or a major tourist attraction.

Protect your information. Hide your PIN, and be particularly careful about filling out forms online with personal information.

Exchange your money wisely. Only go to an authorized exchange services location, like your hotel, a bank, or another official institution—it’s illegal to exchange with street traders. Once you exchange the money, keep it particularly safe and hidden from sight. Pre-ordering Rubles in your home country likely will be a bit safer.

If English, be cautious. It might not go well to advertise being English, or American, for that matter. You could stick out a bit from the local Muscovites. But mitigating existing international tensions by laying low will be helpful. For example, pretending you’re Canadian may be an asset in case a group of football hooligans approaches you.  Russian authorities will be particularly vigilant in preventing any tournament-related disorder. Based on the 2016 European Championships, local police may be looking at England fans to blame as instigating any unrest.

Diversity-friendly? In Russia, Disability-related issues, LGBTQ issues, and ethnic diversity issues are not emphasized as in the West. People with disabilities may have trouble going down the often-uneven sidewalks or crossing the street, since crossing the street often requires going downstairs and upstairs in tunnels underneath the road.

If going to the World Cup, LGBTQ community members should refrain from open displays of affection while in Russia. Although gay acts are not illegal in Russia, gay “propaganda” and open expressions of gay pride have been prohibited for 100 years, starting in 2012. Yes, 100 years. Not a typo.

Lastly, those of Asian or African descent should take particular precautions if visiting Russia for the World Cup. Such precautions could include staying in touch with your country’s embassy, avoiding large rallies or riots, confirming beforehand how much everyday expenses cost to make sure no one cons you based on your background, and, as for anyone, avoiding dodgy neighborhoods.

Most visits, to be fair, are entirely trouble-free. But there are some instances in which radical nationalist groups or Neo-Nazis have assaulted, and at times killed, people from the LGBTQ communities, people of Asian descent, and people of African descent.

If you’d like more resources, feel free to consult the articles we cite here, as well as the US’s, Australian, Canadian, Irish, and the UK’s advice on all things World Cup.

Lastly, the Mongolian National Team’s progress has consistently grown over the years. Despite the disappointing results of the World Cup qualifiers, we look forward to Mongolia’s coming strong tournament performance in the 2022 World Cup.