Make sure to visit some historical and cultural sights whilst you are in Ulaanbaatar, Mongolia.  We've made it a bit easier for you by creating a top 10 cultural sights in UB list for you.  Take a look and enjoy your travels. 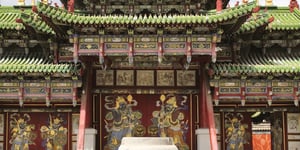 Built between 1893 and 1903, this palace was home to Mongolia’s eighth Living Buddha, and last king, Jebtzun Damba Hutagt VIII (often called the Bogd Khaan), for 20 years. For reasons that are unclear, the palace was spared destruction by the Russians and turned into a museum. The summer palace, on the banks of Tuul River, was completely destroyed. 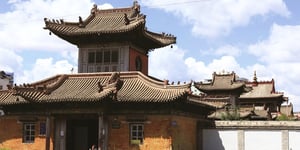 Located at the heart of Ulaanbaatar opposite the Blue Sky Hotel, the Choijin Lama Temple was originally built in 1908. Consisting of five branch temples, it was active until 1937 before being closed at the height of Communist repression against religion in Mongolia. In 1938, the then socialist government of Mongolia converted the complex into a museum, which continues to attract visitors to this day. 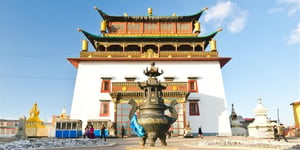 Around the start of the 19th century, more than 100 sum (temples) and khiid (monasteries) served a population of about 50,000 in Urga (the former name of Ulaanbaatar). Only a handful of these buildings survived the religious purges of 1937. This monastery is one of Mongolia’s most important, and also one of its biggest tourist attractions. The full name, Gandantegchinlen, translates roughly as ‘the place of complete joy’. 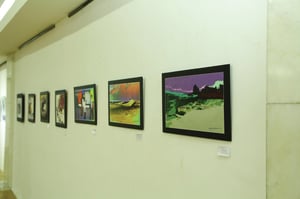 This museum contains a huge display of modern and uniquely Mongolian paintings and sculptures. Nomadic life, people and landscapes are all depicted in a variety of styles. Look out for the Soviet romantic paintings in Thangka style and Ochir Tsevegjav’s 1958 The Fight of the Stallions. 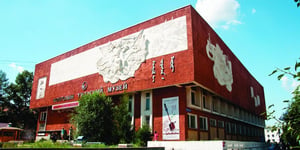 This museum has exhibits from almost every period in history. The first floor displays some interesting exhibits on Stone Age sites in Mongolia, as well as petroglyphs, deer stones and burial sites from the Hun and Uighur eras. The second floor houses an outstanding collection of costumes, hats and jewellery. The third floor is a must-see for fans of the Mongol horde. The collection includes real examples of 12th-century Mongol armour, and correspondence between Pope Innocent IV and Guyuk Khan. The final hall contains a self congratulatory display of Mongolia’s recent history and the 1990 democratic revolution. 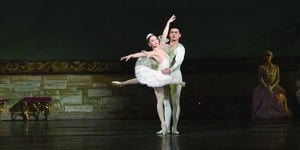 Located in downtown Ulaanbaatar along the Chinggis Avenue, the State Opera and Ballet Theatre was established in 1963. The theatre hosts opera, ballet, classical as well as traditional musicals throughout the year. An embodiment of classical music and dance, it is one of the most interesting and worthwhile places for a visit while in Ulaanbaatar. 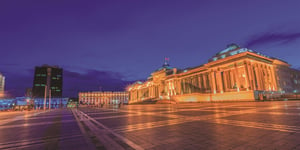 Damdin Sukhbaatar, the “hero of the Mongolian revolution”, declared Mongolian independence from the Chinese in July 1921. In 2013, city authorities changed the square's name from Sukhbaatar Square to Chinggis Khaan Square, but changed back to Sukhbaatar Square after a heated debate. 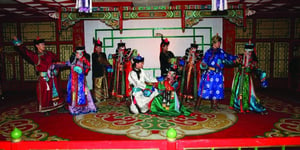 Tumen Ekh National Folk Group puts on performances for tourists throughout the summer in the National Academic Drama Theatre. Shows are less frequently staged at the Cultural Palace on the northeast corner of Chinggis Khaan Square.

The tall, thin landmark on top of the hill south of the city is the Zaisan Memorial. Built by the Russians to commemorate ‘unknown soldiers and heroes’ from various wars, it offers the best views of Ulaanbaatar and the surrounding hills. The enormous tank at the bottom of the hill – part of the Mongolian People’s Tank Brigade – saw action against the Nazis during WWII. 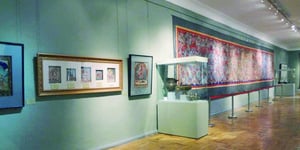 This fine-arts museum has a superb collection of paintings, carvings and sculptures, including many by the revered sculptor and artist, Zanabazar. It also contains other rare, and sometimes old, religious exhibits such as scroll thangka (paintings) and Buddhist statues, representing the best display of its kind in Mongolia. A bonus is that most of the exhibit captions in the museum are in English.

We hope you enjoyed our list and do get the chance to visit them. If you want to learn more about life in Ulaanbaatar or Mongolia in general please click here. 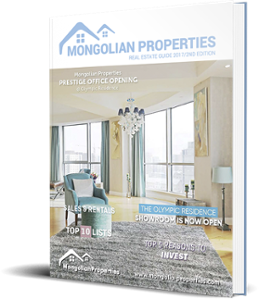